Transforming Soap: A Story of Innovation and Leadership 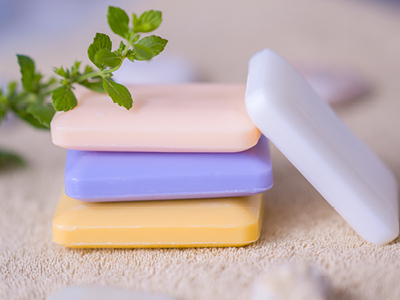 One fateful day when Derreck Kayongo was a young boy, a soldier armed with an AK-47 came to his home in Uganda, telling his family to leave and join the other villagers who had been rounded up.

The soldiers wanted to know who committed a recent crime against another soldier and threatened to kill villagers at random if no one stepped forward. Then they made good on that promise, shooting four people at random. “Everybody was absolutely aghast,” said Kayongo. The soldiers told the villagers they would continue to kill at random until someone spoke.

One young man rose and said he did it. He was a visitor to the village, and there was no way he could have committed the crime. Kayongo closed his eyes and heard the gunshots that killed the man.

The Start of a Life-Changing Idea

“At that very young age, I stopped trusting adults,” said Kayongo. A child refugee, Kayongo eventually traveled to America for college. On his first day, he made an observation in his hotel room that would change his life again and the lives of many others.

“As I walked into the bathroom, there were three bars of soap – bath, face, and handwashing soap,” he said. More familiar with a scarcity of soap, Kayongo decided to take two of the three bars for later use. The next day, the hotel replaced the soap. At the end of his stay, he decided to give back his stash of soap to the concierge, who explained to him many others routinely take soap bars home.

Then he did some research and found that every single day hotels waste 2.6 million bars of barely used soap. Meanwhile, millions die globally due to poor hygiene. Kayongo saw a way to turn the waste into a life-saving business: He founded the Global Soap Project, building a multimillion-dollar venture that reprocesses discarded and unused soap from hotels worldwide and distributes it through global health programs to people who lack access to soap.

“Most transformations begin with the power of observing,” said Kayongo, who was named a CNN Hero and also served as CEO of the National Center for Civil and Human Rights.

From his refugee experience, Kayongo knew about the importance of soap. From his dad, he learned about soap making, and in that hotel room, he found opportunity for innovation.

Today, Kayongo shares his philosophy with others, summarized in the SELF acronym. “S” equals service – figuring out how you can serve your community; “E” represents education – understanding the needs of the community; “L” stands for leadership – developing capabilities and credibility that inspire others to follow you; “F” relates to faith – trusting in yourself and others.

In addition, he recommends those who are looking to transform also seek balance in life, seek passion, and seek consistency. Also don’t let fear of failure stop you from harnessing your power to create change – move forward and learn.

See how the EMBA experience inspires, sparks your innovative spirit, strengthens your leadership, and moves you forward at EMBA Buzz and follow us on Facebook, Twitter, or LinkedIn.