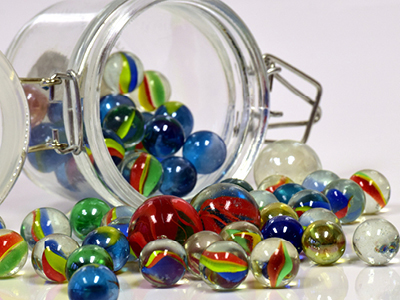 The race is on. Competing in teams, each EMBA student receives a one-foot-long tube with the aim of moving a marble through the tube to the next team member’s tube, and ultimately to a designated spot. And, yes, if one of them drops the marble, they must start over. Oh, and just to make it even more interesting, teams also must beat the clock.

Part of the daylong Smith Challenge for EMBA students at the Smith School of Business, Queen’s University in Canada, the marble path—and the other team activities during that day—fit well with a program that emphasizes team-based learning at its core.

Smith invests heavily in its team-based approach in large part because high-performance teams are essential to business today and in the future. “We do this because what it does is simulate the work environment,” says Diana Drury, director of team and executive coaching for master’s and MBA programs at the Smith School.

Coaching plays a particularly important role in the team-based EMBA approach at Smith, which fosters what it calls a coaching culture with several distinct components for EMBA students.

As a start, Drury assigns a professionally trained team coach to each team, and that coach stays with the team throughout the program. Although students do switch teams for some assignments, they return to their original team and team coach. They also take turns leading teams.

Students also may choose to work with an executive coach, another pillar of the Smith coaching culture.

“Executive coaching helps you with your own personal growth and development,” says Drury.

Because of the importance of the coaching relationship, the program allows students to select a coach from a roster for four hours of coaching anytime during the program and before the convocation ceremony, which takes place five months after the program ends.

The third piece of the coaching puzzle involves access to a career coach through the school’s Career Advancement Center. “If students are looking to move within their company, move to another organization, or move up, there is an opportunity to work with a career coach.”

The last component, Fit to Lead™ focuses on the personal, mental, emotional, and physical wellbeing. Students take advantage of activities, many before classes, such as meditation, yoga, and a workout at the gym. A personal trainer helps design a personalized fitness plan, and throughout the program, students take part in team and individual activities that support a healthy, balanced life.

To make all this happen for some 150 teams and 1,000 students a year, Drury leads a team of coaches—16 team coaches and 12 executive coaches.

A coach herself, Drury has helped spearhead the growth of the coaching culture.

“Coaching does matter,” she says. “It’s about support. It’s always about developing people. Everyone has something to bring to the table that’s different than the person next to them.”

EMBA students gain much from Smith’s emphasis on coaching in large part because they learn about themselves, says Drury.

“You see much growth in students,” she says. “It is transformational for sure. I believe that coaching models do add value. We see really great results.”

Learn more about the ways that EMBA Programs can bolster your ability to lead teams and excel at EMBA Buzz and follow us on Facebook, Twitter, or LinkedIn.