EMBA Alumni at Work: A Career Leap into Sustainability 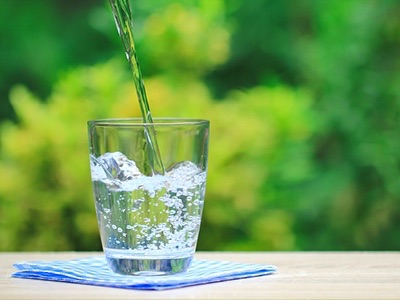 When the time and opportunity came, Chris Roughton leapt forward in several different directions – from a large, global manufacturer to an entrepreneurial start-up, from director to vice president of operations, and from an interest in sustainability to a dedicated role in bringing a sustainable product into the marketplace.

Roughton received his undergraduate degree in mechanical engineering from Tufts University, but he decided to favor the operations side over design engineering. As he grew in his career, he started considering next steps.

He was working for the North American operations of Eppendorf, the German-based company that develops and manufactures products and services for laboratories throughout the world, when he entered the MBA for Executives Program at Yale University.

As the director of manufacturing, planning, and warehousing, Roughton managed teams that were responsible for manufacturing operations planning, the internal machine shop, and the raw materials warehouse. In selecting his EMBA Program, though, Roughton found one with just the right specialized emphasis.

“The Yale EMBA offered a sustainability focus and that really spoke to me,” says Roughton, as well as the exposure to the diverse aspects of business.

His class lessons helped him immediately deal with on-the-job inventory and warehousing issues. He could talk more knowledgably with finance teams and other departments. But his studies also influenced his next career path.

When Roughton ran across a curious job description, he took note. The start-up Bevi, which develops and manufactures smart water coolers, was looking for a vice president of operations. As a sustainable product, Bevi emphasizes a healthy and environmentally friendly alternative to the traditional vending machine full of soda. He put it aside, but “the job stayed in my mind.”

A New Take on an Old Classic

He ultimately pursued the opportunity, which offered a great fit for his background, the skills that he gained in the program, and the desire to support sustainability in increasingly meaningful ways. The Bevi solution helps reduce reliance on plastic bottles, and it was a place that he hadn’t considered before. “I can’t say before the EMBA that I would have joined a start-up.”

But EMBA does that for you, he says. “It made me think about what might be out there for me.” It also arms him for the future. “I know that I will be prepared for opportunities, and that is a great return on my investment.”

To Roughton, his peers stand out as one of the program’s most valuable long-term assets.

“First and foremost, it’s the network for me,” he says. “It’s having a really distinguished group of people who are willing to help. I am willing to help them, and I know they will do that for me. To me, that’s really powerful.”

To read more stories about successful EMBA alumni, see them here. Stay up to date on all our posts by following us on Facebook, Twitter, and LinkedIn.