EMBA Alumni Share Their Perspectives on the Value of EMBA 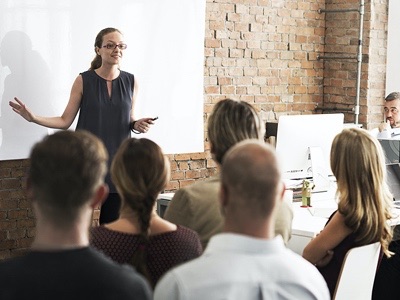 EMBA Programs can help students bolster their leadership skills and styles, according to a panel of alumni who spoke to Executive MBA Council (EMBAC) members at the EMBAC Conference in October 2014.

Kevin Cleary turned to an EMBA Program at a point in his career when he wanted a more rounded perspective on business. “The experience in the program really prepared me,” he says. “It exposed me to other aspects of business that I wasn’t into on a daily basis.”

As CEO of Clif Bar & Company, Cleary now focuses on expanding the company’s growth while leading its day-to-day business operations. He joined the company in 2004 as executive vice president of sales and was promoted to COO in 2006, to president and COO in 2009, and CEO in 2013.

David Geller, CEO of TopLine Game Labs, found his time in his EMBA Program more than supported his career path and continues to impact his performance. Former president and CEO of Dream Works Animation Investments and former global head of fantasy sports at Yahoo!, Geller launched his own business to develop social games and apps that power fan and brand engagement.

“I don’t think I’d be in the role I am now if I hadn’t gone through the program,” says Geller, who continues to use what he learned. “It’s just invaluable.”

Carolyn Lee Chan, director of I’MPowerment Pte, Ltd, specializes in human resources, executive search, leadership education, and executive coaching. Based in Singapore, Chan previously was a partner with Heidrick & Struggles, and, as former director of strategic alliances and partnerships for the Center for Creative Leadership, she helped pilot the first Women’s Leadership Program in Asia.

“EMBA Programs can help students understand their own leadership style and its impact,” she says, helping them with the move from being a manager to being a better leader.

While Chan, Geller, and Cleary come from different backgrounds, work in different industries, and attended different EMBA Programs, they agree on the importance of leadership development in EMBA Programs.

Cleary stressed the importance of self-awareness and openness. “I think executive coaching is the most important angle for EMBA Programs.”

Talking with CEOs also makes a difference. “Programs can bring real-life leaders into the classroom,” says Geller. “I think you can’t get enough of that.”