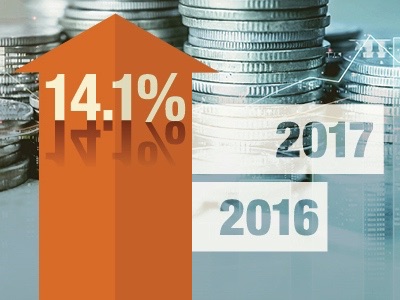 The numbers are in and there’s no denying that satisfaction of Executive MBA graduates is high. From salary increases to promotions, the benefits of an EMBA degree keep growing.

What EMBA Graduates are Saying

The 2017 EMBAC Student Exit Survey revealed that EMBA graduates received a 14.1 percent increase in compensation – combined, both salary and bonuses – after program completion.

EMBAC conducts the Student Exit Benchmarking Survey to track the perceptions and opinions of EMBA Program graduates and to help measure the return on investment of the degree. The survey included 2,345 students from 77 EMBA Programs, primarily based in the United States.

EMBA graduates also reported high levels of satisfaction with their EMBA experience, including the program quality. They are likely to recommend their program to a colleague or friend and also to support the program as alumni.

The 2017 EMBAC Membership Program Survey was completed by almost 90 percent of member EMBAC Programs. The most comprehensive available look at EMBA Programs worldwide, the survey offered the following highlights:

Percept Research conducted both exit and membership surveys for the council.

So, what does this mean for aspiring EMBA students?

Well, if your goal is to achieve a return on your investment, opting for an EMBA could be the right choice—just look at the numbers.

Check out more stories on EMBA Buzz for trends and insights for prospective EMBA students.